Update on the Mastery Transcript

In our Q&A with Susie Bell, MTC’s director of member engagement and the former superintendent of Windsor Locks Public Schools, in Windsor Locks, CT, we discussed the district’s turnaround through mastery-based learning. “We wanted our students to be proud of themselves, proud of their learning, and feel accomplished and equipped with the most important skills to be successful in college, career, and life,” said Bell. Read on for the story of how one district turned their students into active, engaged learners–and for a strategic map of the Windsor Locks shift, which might be useful for your toolkit too.

What did Windsor Locks hope to achieve for students? 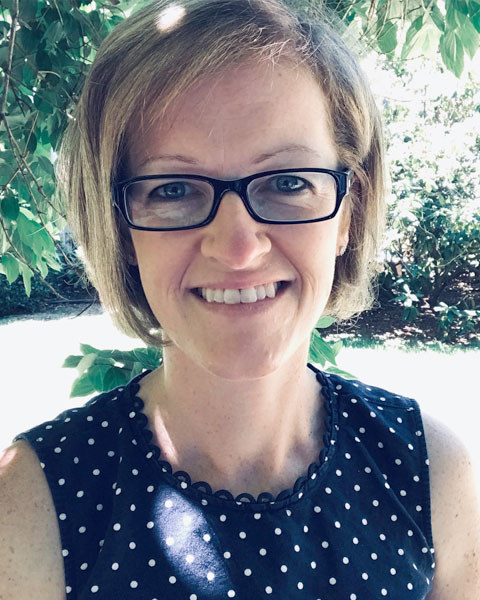 Windsor Locks Public Schools was trending downward in terms of traditional indicators of academic success. In 2011, when the district was found to be performing in the lowest quadrant of school districts in the state, we tackled the issue head on. A new superintendent was appointed to lead the district and basically found that standards were low—while many students can and did perform at high levels, not every student was being held to the same rigorous standard. The outcome? Many students were unable to pursue areas of interest, four year college education, and other opportunities that were available to students who have performed well in school.

Through the implementation of mastery-based learning, where students progress in their learning based on demonstrated mastery of rigorous standards comprised of both traditional subjects and key, 21st-century transferable skills, we wanted our students to be proud of themselves, proud of their learning, and feel accomplished and equipped with the most important skills to be successful in college, career, and life.

Mastery learning is, by its very nature, a system that is decoupled from traditional systems of “learning” and grading. It is also a system that assumes every learner—teachers, administrators, students—possess a growth mindset. When we began this journey, through the direction and guidance of former Superintendent Wayne Sweeney, we envisioned a system that included two performance levels: Mastery and Not Yet. The term Yet, for our system, was a critical departure from a grading system that set up punitive outcomes for students who may not have learned everything they needed to know in the beginning of the course. Not Yet meant, for our educators, that students would always have a chance to keep learning.

What was the transition like for teachers? Students? Parents?

We’ve found that in any change process, the students are the most agile when it comes to adapting to new ways of working and learning. As a matter of fact, the students helped shape and refine the structures and systems by providing the adults with continuous feedback on how the implementation of mastery was occurring.

While the change was challenging for teachers, the district worked hard to build the focused new learning into the current structures that existed for professional collaboration—during Professional Learning Community (PLC) early release days (weekly early release for students so that teachers could work together to plan instruction, assessment, and interventions). There was also a belief that the models for change had to come from the teachers who were “first adopters” or pioneers of the change process. We devoted a day at the beginning of the school year in 2012 to teachers reimagining how the most effective elements of instruction could be incorporated into their classrooms every day. Teachers were asked to reflect on a lesson or unit where student engagement and learning was at its peak, and teachers felt a high degree of self-efficacy in their craft. The attributes and intentional planning aspects listed were synthesized and codified into our district’s instructional language which set the stage for embarking on a journey to mastery, project-based, personalized learning.

Parents were certainly curious about the change and in some cases very concerned. This is completely understandable and natural given the fact that our education system in the United States has remained relatively unchanged for over 100 years. Every adult who was processing this movement away from traditional grading and towards a deeper learning focus with the initiation of mastery learning has a history with traditional education. Some common questions from parents at public forums and other school-based meetings included: How will kids know how they are doing in school if they aren’t graded on an A-F system? Why isn’t homework just assigned to students; they can’t possibly know what they need to work on? How will colleges be able to understand how well my child performed in school? What about state university scholarships?

What was the single most important thing the school did during the change process?

While it’s challenging to pinpoint one specific action we took that was the most important in this change process, I could argue that beginning the process as if we were running a marathon rather than 1000 yard sprint was the most important decision we made. As leaders, we deliberately focused on creating the necessary professional cultures in our schools for teachers to take risks, make mistakes, and be messy. Some of our strategies worked, some needed retooling. Some needed 180 degree corrections due to unintended consequences. But that’s the process of change … we didn’t have a model to emulate; rather, we worked through the change in our own way, trying to remain agile as a system in response to the different needs at different points in the journey. But we set a timeline and stuck to it, focusing on giving enough time for the changes to be institutionalized.

Do you have an anecdote to share on a “breakthrough” moment?

As noted above, parent questions, mostly in the beginning, were very much rooted in the perspective that anything but the traditional system was going to be foreign to important external groups (colleges, employers, scholarship foundations, etc.). While some stakeholders still ask these questions, there was a point, around 2016, when a shift happened in our conversations. When talking about how the learning experience had changed for children, the conversation quickly became extremely positive—examples of comments such as “I love the fact that my child has to prove to the teacher that they have mastered a particular competency,” and “I can’t believe the sophistication with which my child can talk about the skills and content she/he is learning in class.” The majority of teachers could speak to the fact that students had become more serious about the content and skills rather than chasing a grade. Walking through classrooms, we observed teachers executing lesson plans that went beyond surface level skills, where students were deeply engaged in the skills of debate, investigation, creative problem solving, and synthesis. Teachers were experimenting with classroom strategies often seen in college level classes—Socratic seminars about literature were happening in our elementary schools, and students were leading their own conferences in grade PK-12. All this is to say that the transformation to mastery has been institutionalized. While lingering questions remain around grading and the very real concerns of parents around the impact of mastery learning on their children’s college admission chances, the learning environment has changed drastically from the days of students being “passive learners, watching teachers work” (a quote from a defining moment in our district’s decision to move to mastery learning) to active, engaged learners with voice, choice, accountability, and support from trusted adults in the achieving their goals.

How is Windsor Locks preparing for the Mastery Transcript?

Windsor Locks is in the process of finalizing an interim transcript that (unfortunately) maintains many of the aspects of a traditional transcript but includes the key summative components of our mastery learning system. This interim transcript in no way meets the challenge of accurately portraying the depth and breadth of our students’ learning experiences. For that reason, joining the MTC made complete sense to us, given the opportunity to eventually use the transcript. Currently Windsor Locks is participating in beta testing the transcript and is in the process of working with the software developers to create sample transcripts for Windsor Locks students. As the MTC prepares these samples to share with member schools and with various stakeholder groups, they will receive feedback and suggestions for further refinement. Windsor Locks Principal, Steven Swensen, is currently working with his Leadership Team to understand what the Mastery Transcript has to offer and what processes need to be adopted in order to interface easily with the Mastery Transcript. Windsor Locks High School already has in place a mastery assessment system that guides educators and advisors in certifying mastery. Windsor Locks High School is still in the process of finalizing their Mastery Credits but plans to have them ready to go when the beta testing period begins next fall.

Any advice for others as they consider your framework?

Understanding your school’s context and culture, within which change will be happening, is key. Staying finely attuned to the environment in which students are learning and teachers are refining their practice is critical to remaining agile and adaptive when challenges arise. Partners, like MTC and many others we have sought out along the way, have been critical to our success—and often provide the very necessary external perspective needed to ground a system in its commitment to change and its ability to be responsive when challenges arise.

For Your Toolkit: A Map of the Windsor Locks Strategic Shift

Learn more about the strategic shift to mastery learning in Windsor Locks Public Schools, and see if some of the practices might apply to your school. Download now. Feel free to contact Susie Bell at bell@mastery.org with questions.