How to Turn Ideas into Reality: An Update from the MTC 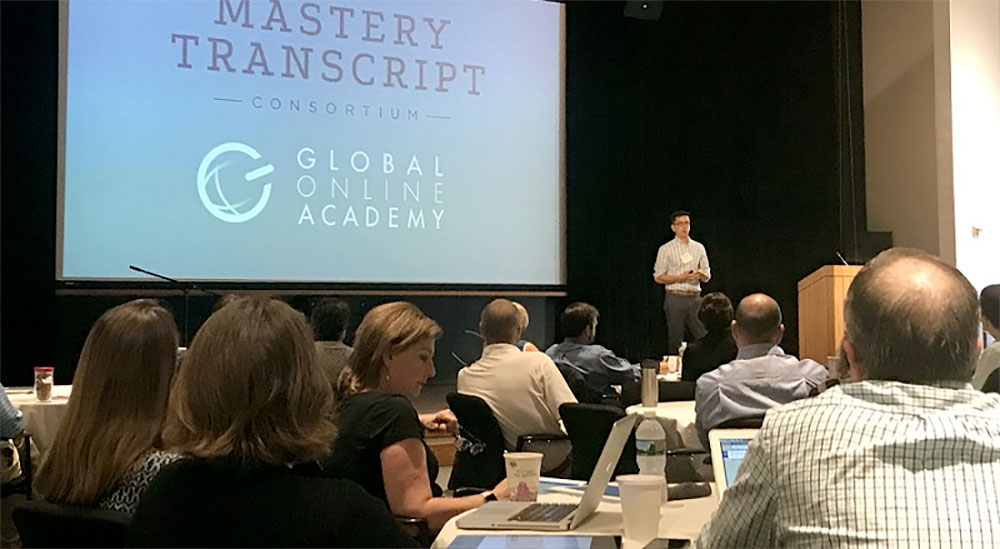 If you Google (as I just did) “how to turn ideas into reality,” you’ll likely find dozens of blogs with helpful tips for inventors and entrepreneurs — written exclusively by people who look like they just graduated college. Interestingly enough, few posts (actually, none that I saw) were written by and for educators.

A month or so ago, 67 MTC site directors met at Philips Academy in Andover, MA to begin envisioning how we’ll convert the Mastery Transcript from a big idea to a real thing. With the help of Eric Hudson and others from the Global Online Academy who facilitated the session masterfully, the site directors dug in. We’ll detail the meetings in an upcoming post, but suffice it to say, there was a lot of energy in the rooms.

We’ll need every ounce of that energy. “There is significant work ahead over the coming years, to be sure,” says Patricia Russell, the MTC’s interim executive director, “and MTC Site Directors are eager to continue working toward a thoughtful re-alignment of assessment and crediting at their schools with a deliberate focus on mastery, student differences as strengths, and essential preparation for college and beyond.”

Based on what we saw at the first site directors meeting, the best advice we can offer about how to turn ideas into reality is pretty simple:

The MTC’s founder Scott Looney found the whole process deeply impressive. “It was inspiring,” he says, “to watch the evolution in thinking and soothing of anxieties that Trish Russell, Kevin Mattingly, Eric Hudson and the talented team at GOA managed over the two days. The Site Directors were understandably excited but pretty nervous about the daunting task of leading a conversation at their school towards a new crediting and transcripting model. The overall message of ‘this is a marathon, not a sprint’ seemed to be appreciated by everyone.”

That marathon just added an important runner: Mike Flanagan who has signed on to serve as the MTC’s Chief Product Officer. You can read more about Mike’s experience and vision in an upcoming post, but just know that we are lucky to have him on the team.

We’re also fortunate that three new pieces about the MTC were published recently. Two were penned by Scott and capture, we hope, the vision and the rationale for the Mastery Transcript in fresh ways. The first appeared in the Educause Review, an online journal for Educause, which, according to its website, is “a nonprofit association whose mission is to advance higher education through the use of information technology.”

The second piece was published on the website of the National Association of Independent Schools and was distributed via their newsletter. We’re excited about how this piece lays out the principles behind the Mastery Transcript’s design.

The third piece is a blog written by Ed Week’s Tom Vander Ark, who offers a strong endorsement of our work.

As the school year gets under way, we want you to know that the work of the MTC continues at full bore. It turns out that turning ideas into reality may be as simple as staying committed to a vision and putting in the work.