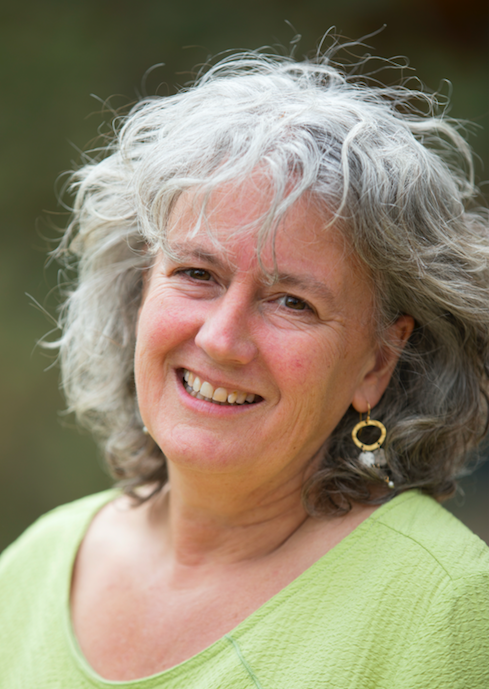 We begin our series of case studies with two member schools whose journeys have similarly shapes and paths, but with distinctly different contexts and steps. Within MTC’s Journey to Mastery Learning framework, both schools are fully in phase three and also focused on phase four. One of the core strengths of MTC’s network is that it brings together public and independent member schools who are facing similar challenges and able to offer connection and insight to one another. During this season of celebration and new beginnings, the diversity of our network and the lessons we learn from each other’s experiences are high on our thank you list.

By launching this series with two distinctly different schools, we hope to highlight this very special quality of our network. Tilton School, an independent boarding school in New Hampshire and a founding school of the Mastery Transcript Consortium™ (MTC), articulates the mastery approach and the associated cultural, systemic, and structural changes that have been implemented as well as those planned for the future. At Northern Cass School District #97, a public school in North Dakota, we learn how the concept of embracing and embodying greatness has transformed the culture, learning model, and relationships between all learners–adults and school-age students.

These expertly illustrated case studies, prepared by Chris Sturgis from LearningEdge, are key resources for our member schools, and we encourage your reactions, insights, and discussions about them on community.mastery.org.

“Shouldn’t our kids be making an impact in the communities where they learn and work and live? Shouldn’t they be standing out in some way?…We were concerned that our students just weren’t making a mark in their lives beyond high school.”


Can Greatness Replace the Culture of Ranking?

I’ve never stepped foot in North Dakota before. It took my breath away. The shape of the earth of the Red River Valley was so flat that it made Nebraska seem hilly and Iowa downright mountainous. Pockets of trees, silos, and a few farmhouses are the only thing breaking up the miles upon miles upon miles of farms growing soybeans, sugarbeets, wheat, beans, and corn.

I’m used to empty spaces from living in New Mexico. But there you see the skin of the earth all wrinkly, bumpy, and jagged. In North Dakota, with its rich loamy soil, nearly every inch of land was striped with the remains of the harvest.

Thirty miles outside of Fargo lies Northern Cass School District, serving 650 learners from the towns of Argusville, Arthur, Erie, Gardner, Grandin, and Hunter. In the parking lot, the majority of the cars are SUVs. Within a suburb, they could be a sign of wealth. Here they are also indications of the hard winters. In this valley, the powerful change of seasons is simply part of life that produces the fertile lands and its economic base.

Our environment shapes us. It inspires us. It directs our imagination.

At Northern Cass School District #97, it has inspired greatness.

Northern Cass’s journey towards mastery learning and personalization was launched when district leadership began to wonder about the lives of their learners after graduation. Superintendent Cory Steiner explained, “Academic results were never the issue. Our results are fine. We are often a little above the state averages or just below. We wanted to find out what it meant for learners.” So Steiner began to have conversations with employers and colleges about their graduates. What kind of students and employees were they? What did they bring to their lives after high school? “What we found out,” he recounted, “is that our learners are respectful and write good research papers. We were pleased about that, but shouldn’t there be something more? Shouldn’t our kids be making an impact in the communities where they learn and work and live? Shouldn’t they be standing out in some way? Shouldn’t they look and sound different from other young adults because of their high school experience at Northern Cass? We were concerned that our students just weren’t making a mark in their lives beyond high school.”

Thus began a stream of conversations within the district about what they wanted their learners to be, know, and do when they graduated from Northern Cass. The eventual result was a new vision statement and commitments based on the belief that learners are empowered individuals who can shape their environment and that each of us can develop greatness, albeit in different ways…

To read the complete case study “Can Greatness Replace the Culture of Ranking?“ you may download it now (PDF length: 14 pages).

"The traditional school isn’t working for anyone. The middle kids are getting lost. The overzealous students are driving themselves hard within a very narrow framework without developing their full potential. And we know that traditional models don’t work for students who are struggling academically. We want to develop a model of education that will work for everyone.”


The Big Why: Tilton Introduces the Mastery Approach

With one word, Mike Landroche, academic dean of Tilton School, cut to the chase in response to my question, “Why introduce the mastery approach?”

“Grades are debilitating,” Landroche said. “They get in the way of learning. We want to stay focused on growth.” The hope at Tilton School is that the mastery approach, often simply referred to as mastery, will open a door that can lead to a better model of education. Landroche explained, “Once we introduced a standards-based approach to our academic courses, we could see that grades weren’t helpful. The pursuit of grades superseded learning. Grades caused trouble all through the school.”

Tilton shifted to standards-based instruction and assessment 12 years ago. Specific learning targets based on content standards are consistently used in all academic courses. But with the emphasis on the GPA in athletics, college admissions, and scholarships, traditional grading had remained a constant. Landroche shared his hope, “If the mastery approach and the Mastery Transcript catch on, they will validate non-graded approaches. Then we can focus on what is important: learning and growth.”

Escaping from the debilitating effects of grades isn’t the only reason Tilton School is embracing what they refer to as the ‘mastery approach.’ Another reason is that traditional academic courses emphasize content even though there is high agreement that skills are equally or even more important in success beyond high school. Tilton’s commitment is to fully develop and prepare students for success. And that means they need to find ways to help students master the wide range of essential skills necessary for adulthood.

Shannon Parker, director of innovation and teaching, added a third reason for the mastery approach. “The traditional school isn’t working for anyone. The middle kids are getting lost. The overzealous students are driving themselves hard within a very narrow framework without developing their full potential. And we know that traditional models don’t work for students who are struggling academically. We want to develop a model of education that will work for everyone.” This is a common theme in conversations with schools moving to some form of mastery learning: the need to create a model of education that can offer both excellence and equity.

The important thing to remember in reading this series on Tilton School is that their mastery approach is in the early stages of implementation. As Parker repeatedly reminded me, “Mastery is not in the students’ vernacular…yet. Over time, faculty will be talking about it more frequently and the ideas will start to be absorbed. It will all make more sense when they start having actual experiences.” In fact, Parker doesn’t expect students to be fully understanding and embracing the mastery approach until the snow starts to melt. Six months to introduce a set of educational experiences? Most schools I visit, all of them publicly-funded, have long and detailed implementation plans, deadlines, and formal strategies to introduce new practices. Tilton was letting the idea of mastery sink in, be absorbed, make sense experientially. This was my first visit to an independent school, and I could tell I would have to check some of my assumptions about how change happens in schools…

To read the complete case study “The Big Why: Tilton Introduces the Mastery Approach” you may download it now (PDF length: 11 pages).


Much more to come! To help our members go further in their journeys to mastery learning and the Mastery Transcript, MTC is growing its range of resources and opportunities on community.mastery.org. Members can stay tuned for more on our case studies series with Chris Sturgis and special invitations to share and connect with colleagues across the network in the New Year. If you are not yet a member but are interested in learning more about benefits of membership, please get in touch today.

Chris Sturgis is principal of LearningEdge, a consulting firm based in Santa Fe, NM specializing in education, youth issues and community engagement. Sturgis is recognized for her leadership in competency-based education as a cofounder of CompetencyWorks.