Letter to the Editor: Feedback for MTC 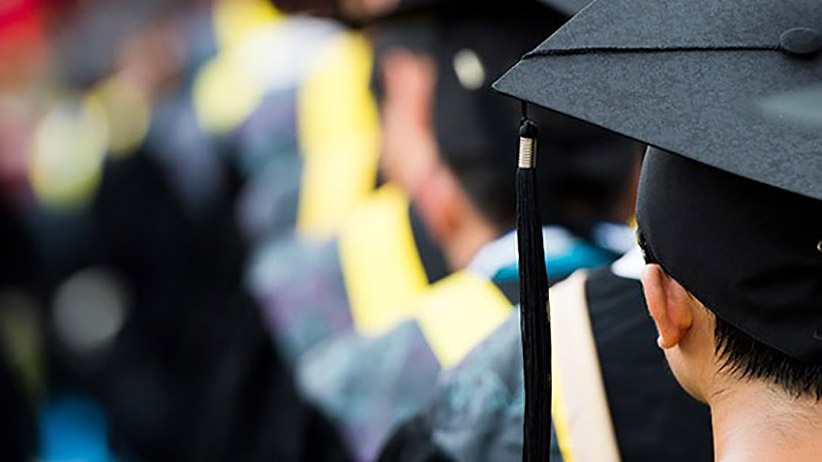 ” Too many students … experience high school as a cutthroat competition for admission to a selective college,” writes Tony Wagner, an MTC Board member and globally recognized voice in education. “There is a better way.”

This month, approximately 3.5 million high school seniors will be granted diplomas. The rest of us will (and should) applaud their achievements, but we must also stop and consider: What did these students have to do to earn their diplomas, and what, exactly, has their schoolwork prepared them for? In 1892, The Committee of Ten, led by Harvard President Charles Eliot, created a standardized framework for the high school curriculum that, in turn, dictated essential prerequisites for college admissions. This system requires that students earn between 18 and 24 “Carnegie Units” in order to graduate. A Carnegie Unit is a standardized measure of “seat time served” in a given class — roughly 120 hours of a class over the course of a year. Students’ grades in a particular class are supposed to represent how well they served that time, and students’ grade point average and class rank are taken as measures of how well individuals have performed compared to peers. And these numbers still make up the typical high school transcript, which is required by virtually every college and university in America in order to be considered for admission.

But these measures are more than a century old, and hopelessly obsolete. In this era of innovation, all students need essential skills and dispositions for work, learning, and citizenship—habits of mind and heart that cannot be measured by Carnegie Units. Students who can take initiative, learn through trial and error, collaborate, persist, understand and solve problems through interdisciplinary approaches, and who have strong moral foundations are set up to thrive in the future. The students who are merely good at the “game of school”—those with high grades but without those skills—are not.

If school is a game, then “losing” comes with stark emotional consequences. Too many students in our “best” suburban and independent schools increasingly experience high school as a cutthroat competition for admission to a selective college. Bright and resilient students who receive poor grades or don’t get into the “right” college often see themselves as losers for life. And, as we have seen recently, the college admissions process is even more problematic than we might have imagined. Some parents are going to extreme measures that are harmful to their children and unfair to others.

There is a better way. The Mastery Transcript Consortium (MTC)™ is working with a growing network of nearly 300 public and private member schools to codesign the Mastery Transcript, which takes the high school transcript from a flat, two-dimensional accounting of student time spent on single subjects to an easy-to-read, interactive, digital transcript. It is an effort to change the game by creating an entirely new way to report the quality of student work and their readiness for postsecondary learning—one that is based on real evidence of mastery, rather than a grade or time spent in a particular class.

The new reporting will indicate the skills and knowledge that students have mastered. But it can also include qualities of character that make their humanity visible and help admissions officers make better decisions when it comes to an applicant’s “fit.” The design will help colleges better understand students’ skill sets and potential to succeed on campus, and allows students to present themselves more authentically to admissions officers. The MTC is still in development; it will be built, refined and tested over the next several years. But the goal is to finally see students’ educational record in clearer focus, and in three dimensions.

MTC has made a lot of progress in a very short time. During the past year, MTC has worked with member schools and others to design and prototype a working version of the front-end transcript reader and back-end school administration software. This spring MTC kicked off work with a group of close to 50 schools who are testing out the platform—with about 10 of those testing schools planning to issue a small number of the official Mastery Transcripts in 2019-2020. Membership has grown substantially, with increasing numbers of public school members joining in network, alongside numerous new and continuing independent school member. Together MTC’s membership represents a diverse range of high school environments—from urban to rural, small to large, and affluent to economically stressed. MTC has also launched its Higher-Ed Working Group, consisting of a range of admissions professionals from diverse colleges and universities.

How many of us studied a foreign language for four years in high school, but graduated unable to carry on an extended conversation in that language? How many of us did well enough in high school geometry and algebra, yet struggle to use math to solve real-world problems? In the 21st century, academic content knowledge still matters, but essential skills and dispositions matter more. The Mastery Transcript Consortium is developing ways to record what students can do with what they know.

“Rather than reducing four years of a student’s work to a single number, the Mastery Transcript focuses on the higher order skills necessary for success today. It reflects learning that is student driven, based in authentic engagement, and designed to educate the ‘whole student,” Stacy Caldwell, CEO of MTC, told me in a recent interview. “The great news is our transcript is not only better for students and high schools, but it is also better for colleges and universities. As we share the prototype of the Mastery Transcript with higher-education professionals, we are hearing lots of enthusiasm. Admissions offices are looking for a greater understanding of the student, including actual evidence of that student’s work. Many have told us the Mastery Transcript will help them to see a broader range of high schools and students within their context—giving them a better sense of who schools are, what students are learning, and whether a student can be successful on campus.”

There are many ways to acquire and demonstrate mastery. Some students may choose internships to gain mastery of a particular competency, take college courses or work in another country. The genius of the Mastery Transcript Consortium is that it will register and reward individual students’ achievements and choices while still providing a common framework for assessment.

After 125 years, it’s time to reimagine the high school curriculum for the 21st century and to encourage teaching and assessment of the skills and dispositions that matter most. Our students deserve a more accurate measure, and they shouldn’t have to wait another century for their transcripts to better reflect their accomplishments.

A globally recognized voice in education, Tony Wagner is a member of MTC's Board of Directors. He is also a senior research fellow at the Learning Policy Institute, founded by Linda Darling-Hammond in 2015. Prior to this appointment, Wagner held a variety of positions at Harvard University for more than twenty years, including four years as an expert in residence at the Harvard Innovation Lab and the founder and co-director, for more than a decade, of the Change Leadership Group at the Harvard Graduate School of Education. His previous work experience includes twelve years as a high school teacher, K-8 principal, university professor in teacher education, and founding executive director of Educators for Social Responsibility. Wagner is a frequent speaker at national and international conferences and a widely published author. His work includes numerous articles and six books. His latest, Most Likely To Succeed: Preparing Our Kids for The Innovation Era, co-authored by Ted Dintersmith, was published by Scribner in 2015. Creating Innovators: The Making of Young People Who Will Change The World, was published in 2012 to rave reviews and has been translated into 17 languages. His 2008 book, The Global Achievement Gap continues to be an international best seller, with more than 140,000 copies in print. Wagner served as the Strategic Education Advisor for a major new education documentary, “Most Likely to Succeed,” which had its world premiere at the 2015 Sundance Film Festival. He also collaborated with noted filmmaker Robert Compton to create a 60 minute documentary, “The Finland Phenomenon: Inside The World’s Most Surprising School System” in 2010.