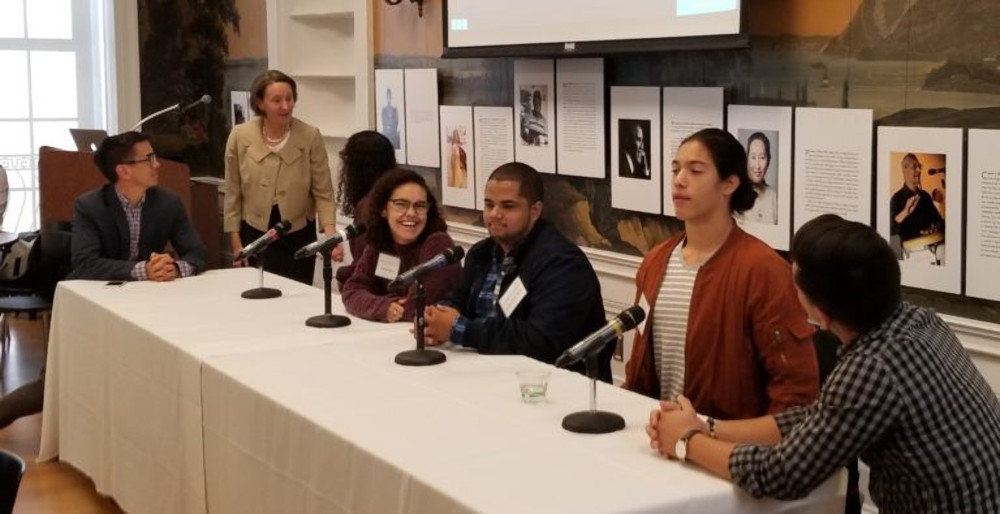 Recent Site Director meeting in New York City brought together member schools to iterate upon the Mastery Transcript prototype and explore opportunities it opens up for high school students.

“The difference with mastery learning is that you can apply learning and feedback to real life. We research, test, fail, then innovate and improvise. Other systems of learning don’t account for that,“ said Jacob Warman ‘20, during the student panel at MTC’s October Site Director meeting in New York City. “There is more to our learning than just getting a grade.”

The meeting, which took place at The Spence School, a founding MTC member school, was at capacity and featured student voices, a transcript codesign session, a keynote about school change, remarks from MTC, and the opportunity for member schools from across the country to learn from one another.

During the panel of students and educators from UA Maker, an engaged and energetic audience listened and asked questions while the students described how learning and assessment happen at their school. The curriculum is entirely mastery-based and student work is measured against a rubric and communicated through a custom-built Web platform that contains progress reports updated weekly. Assessment is a learning opportunity.

“You are able to find the way to help yourself and your brain and make something out of yourself,” said Javin Taveras Durann ‘21. 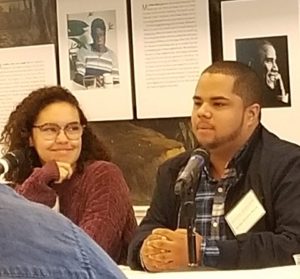 Many of the core principles of UA Maker’s approach to assessment, including demonstrating evidence of mastery and collecting feedback from teachers, are in line with the principles of the Mastery Transcript prototype, being co-designed and developed this year with MTC member schools. And it is working.

“I grew so much in high school,” said Amanda Delaney, ‘18, who is now a freshman at Hunter College. “Mastery and the way I was assessed taught me to take time to sit down and really understand what my professor wants and understand that feedback is a core part of the learning process. It helps me use all the resources available and make my work the best it can be.”

Teachers at the school work together in inquiry teams and take part in professional development around problems of practice. This approach, they say, enables them to serve as a community teaching together, rather than in a vacuum, and take part in the culture of ongoing learning.

“We are all trying to improve, and it is happening together. Everyone at our school is a learner, so we really understand what learners need,” said Assistant Principal Liz Dowdell.

Jason Feldman, a special education and science teacher at UA Maker, described how their teachers work across disciplines to bring learning into a culturally relevant, real-world context. He cited an earth- science project focused on what it would take to build a New York City subway line, including the design, drilling, building, and budget. Feldman also highlighted how mastery learning enables teachers to develop students’ talents and interests.

“If you judge a fish by its ability to climb a tree, it will spend its whole life thinking it is stupid,” said Feldman, quoting Albert Einstein from a poster he hangs in his office and considers his North Star. “Kids can be successful in a lot of different ways.” 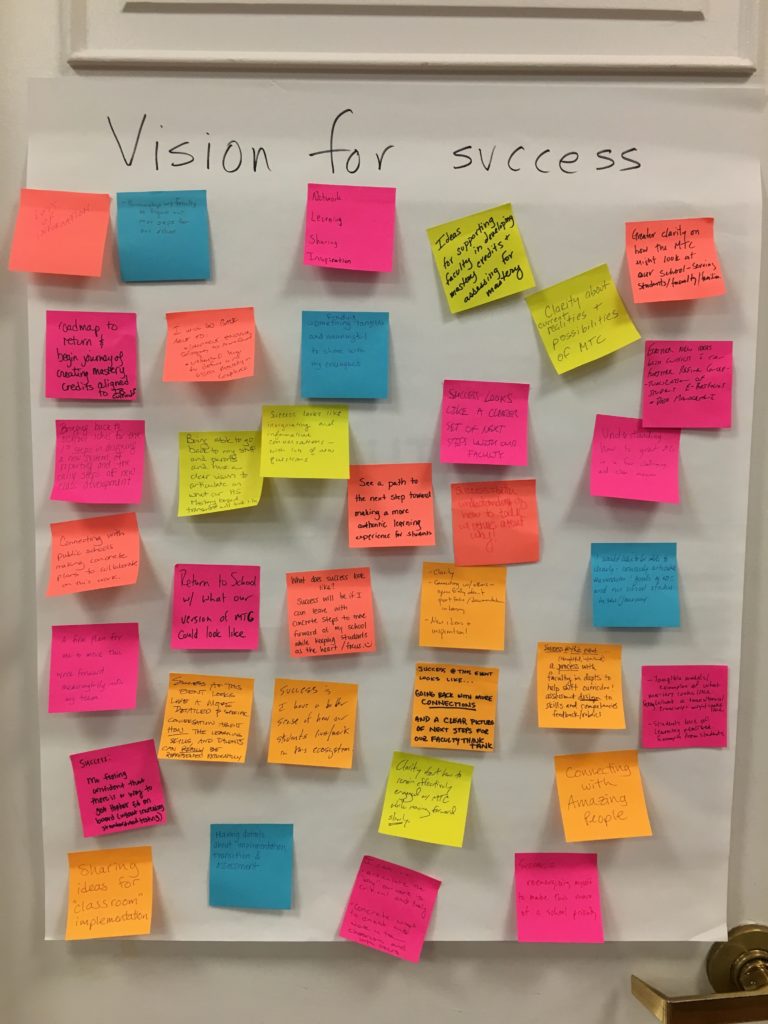 Sessions and workshops led by member school site directors provided opportunities for educators to learn from one another and ask questions of schools at various stages of shifting their instructional models. During a session about Watershed School’s transition to mastery learning, Hannah Nelson, a teacher and academic dean, described the school’s expeditionary and interdisciplinary focus. Courses such as the “Physics of the Bicycle” aim to “spark adventure and wonder in students” and enable teachers to bring an “infectious energy to class” as they cover fresh topics in exciting ways. The MTC tool and network, she said, are invaluable to them.

“With the power of our network and all of the schools on the Mastery Transcript, colleges will pay attention,” she said.

Susie Bell, director of member engagement at MTC and former superintendent of the Windsor Locks public school system in Connecticut, spoke about how the system is transforming its education model to mastery in order to cultivate student agency and shift away from low expectations and low performance.

“Students used to tell us,” she said, “that they felt like they were coming to school to watch teachers work.” 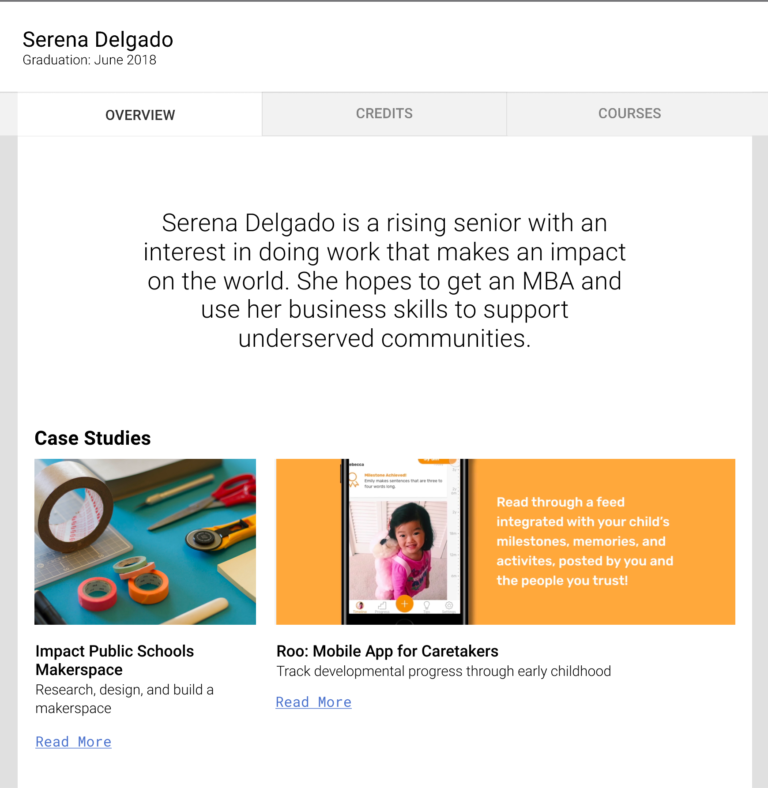 Other features of the day included a keynote by Richard Lemons, executive director for the Connecticut Center for School Change and lecturer in Education Studies at Yale University

“If you do this work right, you will have a way of not sacrificing the next steps of kids,” said Lemons to the audience of member schools, referring to college admissions and professional paths, “and you will also have something that is better and more authentic.”

Mike Flanagan, MTC’s Chief Product Officer, led an interactive workshop that launched the next phase of codesigning the transcript. He shared the first clickable prototype and collected feedback on key features, both through large and small group discussions. Participants remarked on the clean and dynamic look of the interface and the ability to click into deeper information about the student’s work, including featured projects. Audience members, including Joshua Bubar of Chapel Hill-Chauncy School, commented that, for students, selecting which evidence of their learning to feature, in order to manage their digital presence, will be a great skill to develop. Constructive feedback on the prototype included creating more opportunities for the “voice of the teacher” to come through” and “showing the connections between learning experiences and the credits students earned during them.” MTC is making those adjustments and will share the updated prototype at the next Site Director meeting in November.

During her remarks, MTC’s CEO Stacy Caldwell described the continued growth of MTC’s diverse network of schools and ongoing process of testing the transcript with a Prototype Working Group, which was intentionally developed to represent a range of public and private schools to ensure the transcript meets the needs of all students. The schools involved are generally far along in adopting mastery learning principles and have each drafted a set of Mastery Credits that they are ready to workshop.

Citing recent meetings with colleagues at colleges and universities, Caldwell noted optimistically that she sees higher education thinking differently about their own models of learning and assessment. She also mentioned plans to engage the business community.

“Right now there is a lot of excitement out there about this work we are doing—and how good it will be for students overall,” she said. “If we all keep pushing in the same direction and keep students in focus, we will support meaningful and significant change—not only serving kids better in high school, but also in preparing them for those future careers that don’t even exist today.”

Are you interested in joining the MTC network, or do you have ideas for us? We’d love to hear from you, please contact us.