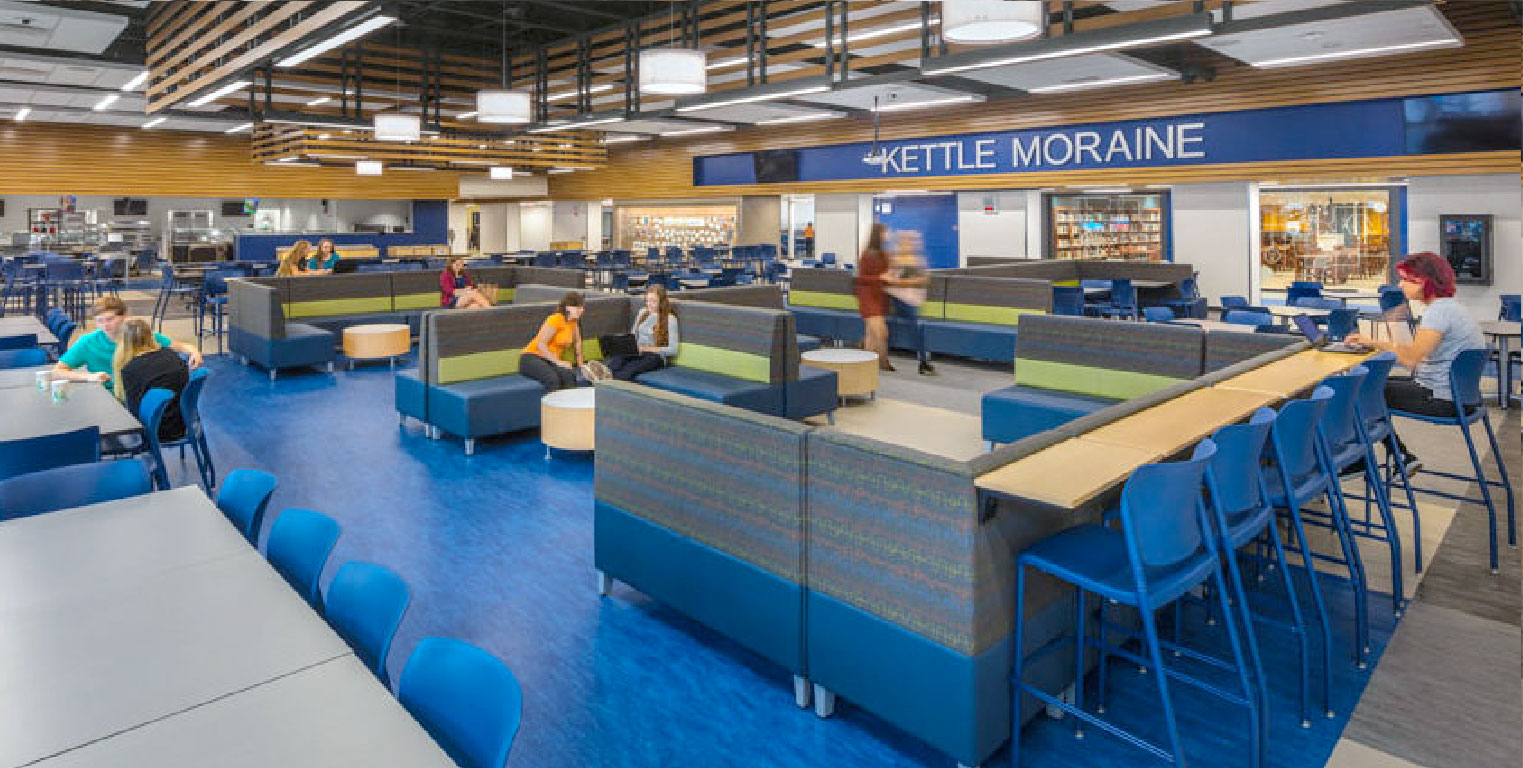 School leaders from Kettle Moraine share their experiences in launching new teaching and learning methods through microschools and in testing out the Mastery Transcript.


Kettle Moraine High School, a member school of the Mastery Transcript Consortium™ (MTC), is a four-year high school in the Kettle Moraine school district of Wisconsin, which serves the communities of Delafield, Dousman, Eagle, Genesee, North Prairie, Ottawa, Sullivan, Summit, and Wales. With an area of 90 square miles, the district is located 25 miles west of Milwaukee. Kettle Moraine High School is one of four high schools on a shared campus totaling a student population of over 1300 students, grades 9-12. The other high schools on the campus are “microschools,” consisting of KM Perform School for Arts and Performance, KM Global School for Global Leadership & Innovation, and High School of Health Sciences.

During 2019-2020, KM Perform is beta testing the MTC Mastery Transcript (making sample, “unofficial” transcripts and assessing the various features), which school leaders say is a natural next step and an important “vision” exercise in their work to change how kids and teachers “do school.” Theresa Ewald, assistant superintendent of teaching & learning, and Kevin Erickson, director of KM Perform, have helped lead the charge, while also carefully and thoughtfully engaging the entire community, which they say is critical to success. In recent years the system has transformed its learning model and, as a result, school culture, progressing from a curriculum-based to a standards-based to a competency-based system. Currently Ewald, Erickson, and many others are working with the Mastery Transcript to empower students to experience and share how the new transcript presents their deep learning, disciplinary knowledge, and transferable skills. Following are their insights into school change and how the Mastery Transcript is helping.

Tell us about your progression from curriculum-based to standards-based to a competency-based system. 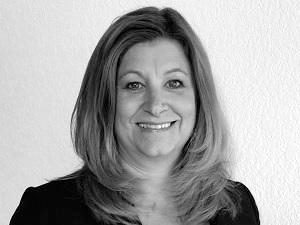 THERESA: A decade ago we started talking about moving from curriculum to standards and having a lot of in-depth discussions around which standards kids need. We looked carefully at adjusting the scope, sequence, and pacing of student learning. Our goal was shifting the focus away from requiring that teachers follow a resource or curriculum and toward holding them accountable for performing as standards suggest. We really wanted to support our teachers by providing them with the tools necessary to understand the why of this shift and then design the how. This was probably the most critical step in our school’s change process … and eventual journey to competencies. 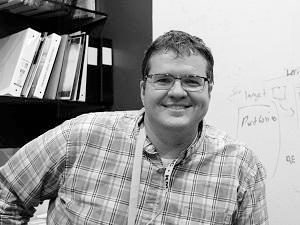 KEVIN: We fundamentally changed how we “did school.” When schools create an environment of “doing school to students” they are teaching students to be compliant rather than to participate and co-design the learning environment. By the same measure, we believed that a curriculum-based model was also “doing school to teachers.” One of our core tenets was: We can’t empower our students if we don’t empower our teachers as well. As district leaders, we need to give time and for teachers to be leaders if that is what we are asking kids to do as well.

In terms of how we transformed, we believe in bottom up innovation with top-down support. One of our core methods for doing this is through our microschools. Our microschools are out in front, with the belief that others can then learn from their experiences and follow in their path. The ones that follow won’t make the same mistakes that those out front made and perhaps can get there more quickly. KM Perform is a great example of this.


How does beta testing the MTC Mastery Transcript fit into the work you are doing?

THERESA: We are closing a big loop with the Mastery Transcript, as we shift from standards to competency-based education. One of the things we knew when we developed competency-based education is that we would need to change the transcript to make this work, even though the most important part was not the end point. But the Mastery Transcript piece is one of those important vision points that can close the loop after all the design work of changing school is done. I would say this to schools generally: No matter when or if your school community gets to the Mastery Transcript, the intentionality behind taking a number of defined steps toward school change and thinking of describing student journey in this way is really important.

One anecdote that I like to share is when my own daughter was touring colleges and presented her Kettle Moraine transcript. It was different of course than what admissions officers were used to seeing and this really afforded her to have a conversation with the admissions office about her work. Every time a kid can have a conversation like that, they are in a better situation. It is that type of conversation where I actually see that the Mastery Transcript has a lot of power. It enables the student to have that conversation with admissions and talk, for instance, about their experiences and passions as a leader. That is one of the things Mastery Transcript does really well.

KEVIN: As we work toward the Mastery Transcript, we are really moving toward more student independence. Here is an analogy I like to use: School is an economy with a currency and students exist in an economic ecosystem. The existing currency is the grade. The transaction ends when the student gets a grade for that assignment. Ultimately the teacher owns that currency. You can say you are competency-based, but the currency might still be owned by the teacher. Student independence means that students are at the start of the transaction. The economy is the evidence of the competency for credits. So the economy is shifting for us: most of our kids are not asking for grades but asking for credits and evidence toward competency. It is the student saying I need to show evidence for that.

We knew we had turned a corner when, during a town hall, one student said: “Hey, where should we put evidence if we get it over summer?” Kids are learning in and outside of school and working at their own pace, outside of the school year too. Evidence is something they find and submit and not something they do for the teacher. This can only happen when teachers trust that students can do that and when administrators can trust teachers.


Where are you with the Mastery Transcript?

KEVIN: In terms of where we are logistically with the Mastery Transcript: We have been working on the data portion since last spring and have tagged all of our competencies in the Mastery Transcript management platform. Last summer we were focused on labeling some of our courses as foundational and some as mastery. We also have competencies that are outside of the course and that are mastery areas related to our graduate profile.

We are testing right how we collect evidence toward the graduate profile and where we put it in the Mastery Transcript. We wrote our own competency management system, called MyLC, which Pathways High School (also an MTC member school) uses as well. This gives us a lot of flexibility on the back end and enables us essentially to take a picture of every kid and see how our organization of their data plays out. We are hoping to inform our community about not only what it looks like for a student to have a Mastery Transcript, but also what it looks like to have evidence toward the student’s graduate profile as well.

As soon as we are done with our tagging, ideally by Thanksgiving, our plan is to launch our focus group of students. There are several “student leaders” who we are currently being trained on pedagogy, and a group of teachers who are discussing this work with them. They are all deeply invested in this work. It is absolutely critical that the kids talk about this work, including especially what it looks like to see themselves through the Mastery Transcript, and how it portrays the transferable knowledge and skills they have developed in high school. In the spring these student leaders will present to our community and to the board. In terms of parents, they saw the prototype of the Mastery Transcript last year and provided us with some initial feedback. We are scheduling several parent advisory groups and are really seeking out parents who we know will be critical. We want the hard feedback so we can get this right. With beta testing generally, we are going slow in terms of making sure that we do not get ahead of ourselves or our board.

KEVIN: At the recent site director symposium, someone asked Virgel Hammonds for insights into the appropriate speed for school transformation. He responded that speed can’t be determined until you have undergone the first crucial step of getting out of orbit first–expending the energy to get out of orbit and to work against inertia. And this is so true. The pacing, staging, and depth of the work can’t be person-based, as it has to be about the entire system believing in the work–and that includes the kids. Kids and to a degree the parents can help catalyze the transformation when they bring the demand for a certain learning approach they loved into another environment.

THERESA: We like to think of our approach to redesigning school as having smaller boats with our microschools and the big high school as the battleship; it is a much bigger thing to turn around. It takes a while.