The idea for Mastery Transcript Consortium® (MTC) sparked in 2014 and the network officially launched on March 1, 2017, to champion a belief that there is a better way of preparing high school students for the world ahead and of presenting them to colleges and employers. The concept for MTC was born from the Hawken School in Cleveland, thanks to the vision of Scott Looney, head of school at Hawken and now MTC’s Board Chair, who saw the most basic of all high school documents—the transcript—as a boulder in the way of high school innovation. 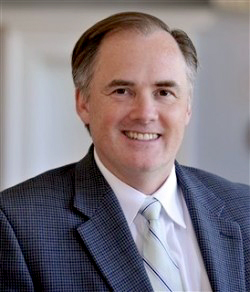 That 99 percent of the high school transcripts follow an identical format is a vestige of an outdated industrial age. The Mastery Transcript hopes to reflect a new age that demands a new approach to education.

Learn More
The annual MTC Scholarship Fund will provide financial support and access to membership for any school struggling with ongoing or unexpected financial pressure.

Who Joins the MTC

Our schools are reimagining what students learn in high school, and how they best learn it. They embrace real-world, collaborative, project-based learning, and prioritize 21st Century skills, SEL, and meta-cognitive skills. Member school leaders appreciate that traditional transcripts are poorly aligned to learning models of the future, and that Mastery Learning empowers learners in–and out of–the classroom to tell their own stories.

Teachers, parents, and thought leaders can now join the mastery learning conversation as well. If your school or district is not yet ready for full membership, or you just personally want to learn more, Individual Membership is for you. Individual members get access to MTC professional learning opportunities, and also help fund financially strained member schools through the MTC Scholarship Fund.

Even before the COVID-19 pandemic, Higher Education has been undergoing disruption. Forward-looking college leaders are embracing interdisciplinary and co-curricular learning, and re-aligning their faculties to focus on critical skills while offering their students a clear path to their first good job. College registrars considering digital, competency-based credentials, and enrollment leaders looking for deeper insight into applicants, are part of a mastery learning movement.